Is Street Photography A Violation Of Privacy, Or Ethics? 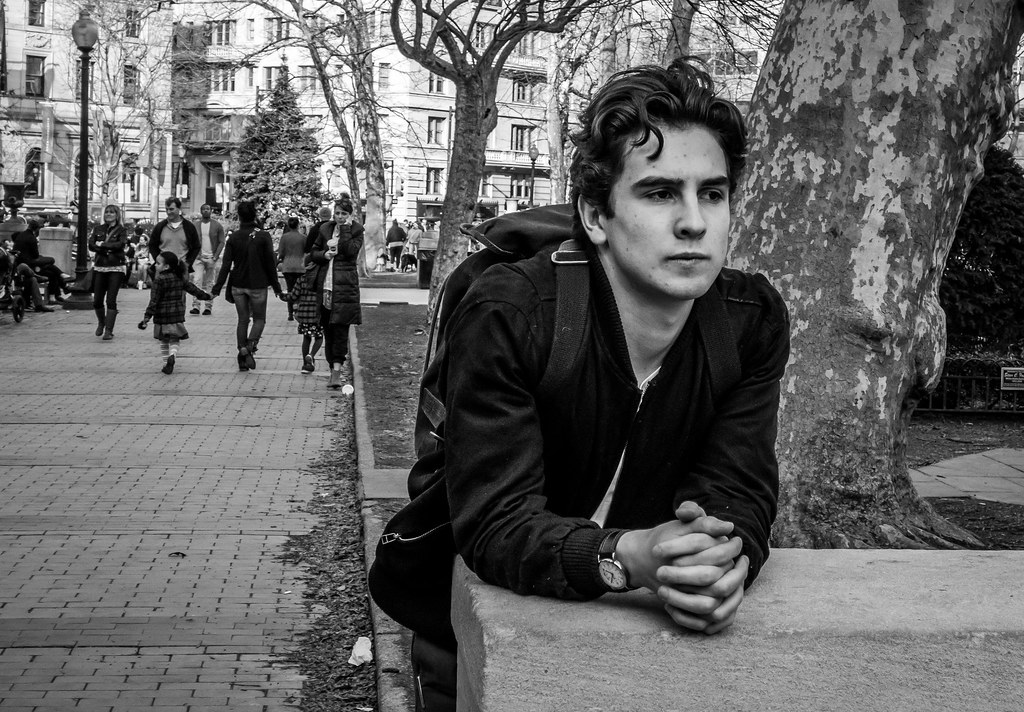 Because I practice street photography, and because I post street photos on this blog and on Flickr, I think you know where I fall on this subject. But there are some who think street photography is a clear violation of privacy, and others who take it a step further and believe it is (or should be) against the law. And candid photography is against the law in some countries. But in the United States, and many other democracies, there is no presumed privacy in a public space. While in public, photography of random people is legal, and that includes children. And there are some who do understand the law, but who argue just because you can do something, doesn’t mean you should. And I do have some sympathy for this viewpoint, but I believe this is a highly subjective issue for which there is no clear and concise answer.

Some people have no problem taking photos of anyone, including children, even if the subject is in an embarrassing or compromising position. And I’m not here to argue against that kind of photography, as everyone needs to check their conscience on their own terms. But for me, at least right now, I’m uncomfortable photographing people in a way that would subject them to potential embarrassment if they discovered the photo online. I’m also uncomfortable with photographing children (as the main subject), but that has more to do with avoiding confrontations with parents. But I’m not here to judge fellow street photographers who have no such self-imposed limits. And while I might have my own personal limits, I do not believe there should be any enforced or defined limits for others. I live in a free country, and I want it to stay that way.

But unfortunately we live in paranoid times. Much of the fear of others is unwarranted, and the perceived risks in society overstated. Your local news broadcast deserves much blame in creating an overly suspicious public, but government is also to blame for overreacting in the name of national security.

Because of our overwhelming panic and despair, increasingly our so-called free society is becoming a police surveillance state. Yet amid all this anxiety and dread, we also live in a time when nearly everyone has a camera at hand. So it would seem by participating in modern society, you are tacitly offering your consent to be photographed. It is against this backdrop that the street photographer, a person who is capturing images for the love of the art, risks confrontation, and being labeled suspicious. But it is the lens of the surveillance state that we should fear, not the lens of the artist.

Street Photography in a Paranoid time — By walking out of our homes we essentially consent to be filmed and watched and photographed by any number of entities; at least a street photographer is making photos out of some interest in art or their fellow human being. – UtahN8 (Nathaniel) Now that we have your complete and unwavering attention.

The Art Of The Deal, Philadelphia Street Photography Is this the handshake of a deal crafted on the street, or just two old friends meeting up for some fine wining and dining?

This photo was taken outside the Palm Restaurant at The Bellevue Hotel, Philadelphia, PA. While it appears I took this photo in some official capacity (it almost looks staged) I can assure you I was simply passing by when I snapped this single shot. I was just walking down Broad Street when I saw a crowd of people ahead, and it looked like I might have a few photographic subjects, I wasn’t wrong. So the only question that remained, would I get “the shot”?

I think this photograph could have been snapped 10 years ago or 50 years ago. I like capturing photos that have a timeless quality. And while this might not be the most deeply emotive street photograph, I love that it’s such a candid shot, it doesn’t seem possible it was taken by someone simply strolling through. I will admit that much luck in timing was involved in getting this shot. That’s usually how it works with street photography. Well, it happened today, the dreaded street photography confrontation. It was only a matter of time. Let my experience (which admittedly was mild) be an object lesson for you, the aspiring street photographer.

Let me start by saying you need to beware the “good samaritan” when you hit the streets with your camera. Try to imagine what you look like to someone who is in a place where they are being more observant. See, for most street photography situations, people are busy going about their lives. Even if they notice you, they aren’t likely to say anything because it doesn’t seem worth it, because the whole thing happened so quick anyway. But, there are other situations where people might be more observant of you and your camera. And it is precisely these situations where the “good samaritan” may press into action.

An example of just such a situation is what happened to me today at Rittenhouse Square in Philadelphia. If you are not aware, the park at Rittenhouse Square is an urban park with lots of benches and it is always full of people, especially on nice days like today. When people are lounging about in a park, they can be completely oblivious, but on the other hand, some people can be highly observant. And it was just such an “observant” fellow who confronted me today. I won’t get into the specifics of his accusations, because I don’t care to attach myself to the wild fantasies and claims conjured from the brain of a complete stranger. But after I give you a few details of what led up to this confrontation, you will probably be able to figure out the general context of this fellow’s wonderful imagination.

While I did nothing wrong, in retrospect, two specific actions I took probably caught this guy’s attention. One, I walked down the same area of the park twice, actively shooting with my camera. He likely was sitting on a bench in this same area for both of my strolls through. Two, I happened to be shooting from the hip. For the uninitiated, this is exactly as it sounds, I had the camera at waist level (using the flip screen of my Sony RX100 II). Apparently seeing me stroll through with the camera down low was too much for this guy, and he figured I had to be doing something seedy.

Anyway, so while I did nothing wrong, and was completely within my rights to be taking photos, my takeaway is to be more cognizant of my appearance to others. Not only do I need to be observant of my surroundings, looking for the next great shot, I need to be aware of how others might be perceiving me. And if that means not walking down the same path twice in a short timeframe then that’s fine. There’s always another time and another day.

But there is a happy ending to this story. That photo at the top of this article — it was the very first photo I snapped post-confrontation (just after exiting the park), and I happen to think it’s one of my best street shots so far. If a picture really is worth a thousand words, then the dictionary is wholly inadequate to account for what I can see.